Skip to content
SALE: UP TO 60% OFF
Top bar menu

Story of The Iranian Veil (Mask) 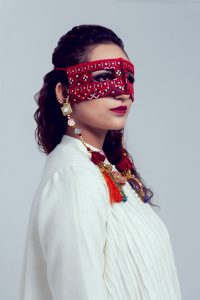 Along Iran’s coastline, on the island of Qesham in the strait of Hurmoz, women have been wearing masks for centuries. The style and colour of these masks vary according to region, ethnicity but most noticeably according to religious affiliation e.g. Red rectangular masks are worn by Shia or Bandari women while the sunni women wear black and gold masks. These masks are known as “‘Battoulah” 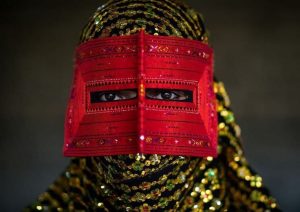 Various variants of the Battoulah exist, including between cities and regions. In Dubai and Abu Dhabi, the “Zabeel cut” design, which has a narrow top and broad with a curved bottom is worn. In Sharjah it resembles the Zabeel cut but is shaped so the top of the mask is inclined forwards. The Al Ain design features both a narrow top and bottom. The Bahraini and Qatari burqa veil is square similar to  the Irani mask. In Oman and Fujairah it is very large and broader at the top with a tip that goes beyond the forehead. In Qesham, the masks were designed to fool invaders, so they would mistake women for male soldiers.

The masks are made by women, they are always made to measure, the two holes must fit perfectly in front of the eyes if vision is not to be impaired. The forehead and nose are covered, the mouth often hidden by the addition of a veil, a blue pigment is also used in the making of these masks and the locals believe that the pigments used in mask-making soften and protect the skin. 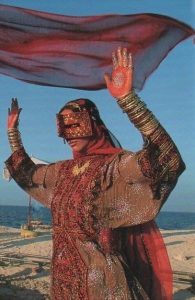 A Bandari woman wearing the Battoulah mask and a Balochi pashk.